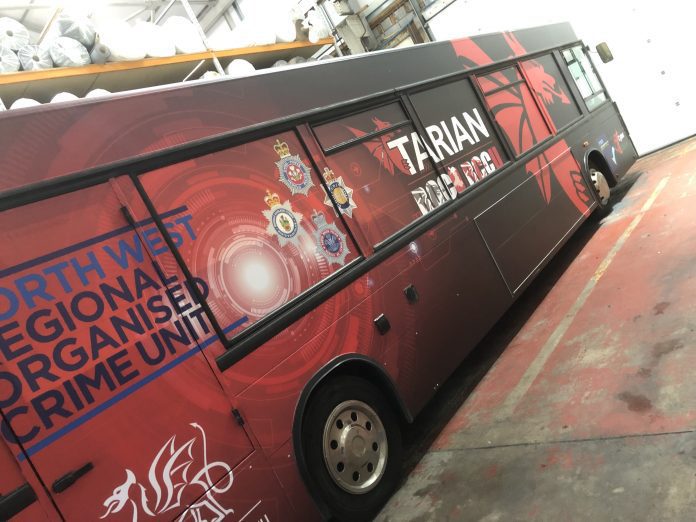 Cyber Security is important to businesses, groups and individuals and there’s a chance to find out more about how to stay safe online on March 8 when a specially equipped cyber information bus comes to Wrexham as part of a national tour.

The bus will be on Queen’s Square on March 8 between 2pm and 5pm.

The bus will be staffed by bilingual Police Cyber Protect Officers and other cyber security experts as well as partners such as Get Safe Online & the National Cyber Security Centre. The operating hours will be between midday and 8.00pm to allow for those unable to attend during working hours.

Statistics recently published by Action Fraud reveal that more than £190,000 a day is lost in the UK by victims of cyber-crime.  More than a third of victims in that period fell prey to the hacking of social media and email accounts.

Action Fraud also say that £34.6m was reported to be stolen from victims between April and September 2018, a 24% increase on the previous six months.

The City of London Police, which runs Action Fraud, has warned people to keep separate passwords for online accounts.

Figures show that 13,357 people in the UK reported cyber-crimes over six months and over 5,000 of those people were hacked via their social media and email accounts, costing victims £14.8m.

The bus is funded by the Welsh Government and managed by Tarian, the Regional Organised Crime Unit (ROCU) for Southern Wales along with the north West ROCU.

Detective Constable Symon Kendall of Tarian said: “We aim to use the bus to speak to anyone who is interested in upskilling themselves and we can demonstrate scams and hacks.

“We will also be staging separate events in nearby premises for both business and the public where more formal cyber protect presentations and business cyber resilience table top exercises will take place.

“It is estimated that the vulnerability to cybercrime can be reduced by up to 80% by taking five key steps in increasing cyber security. We recognise that the majority of campaigns rely on social media and website information and the majority of cyber security events are attended by those with an interest in cyber security.  As such we are not reaching the general public and small businesses.  This project is designed to go some way towards remedying this.

“We know that nationally there is considerable under reporting of cybercrime and this affects our ability to combat the threat and by promoting Action Fraud as the National Fraud and Cybercrime Reporting Centre we will raise awareness of the services available.

“The overarching goal is to incorporate cyber safety and resilience into the national psyche which will in turn make Wales a more cyber resilient nation where it is safer to do business online.”

Don’t forget the date – March 8 between 2pm and 5pm on Queen’s Square.