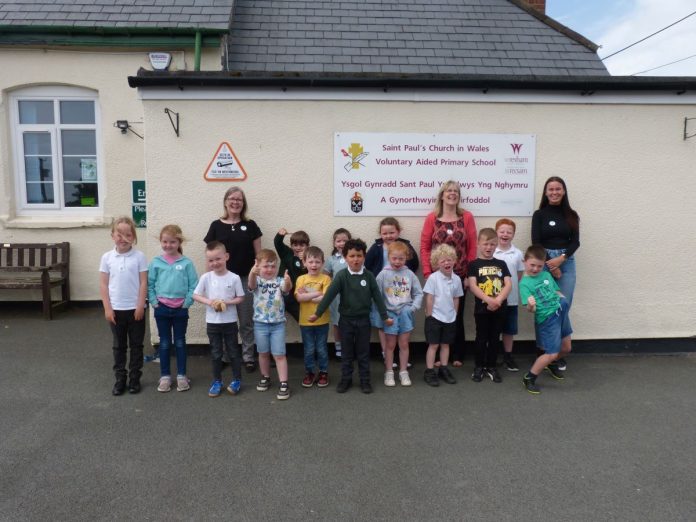 Led by the Alzheimer’s Society, Dementia Action Week sees the public come together to improve the lives of people affected by dementia.

The amazing children from around the community of Wrexham have all been putting in a tremendous effort to raise money and awareness of dementia during this year’s action week.

Over the past few months, schools throughout the county borough have been taking part in Dementia Friends sessions to learn all about the condition.

During these sessions, they have been learning how to make the world a better place for those living with dementia by looking at ways to make life easier for individuals and families affected by the disease.

Rooting through the wardrobe

Like in previous years, pupils in Wrexham did not let the side down with children from Ducks and Ducklings, Victoria School, Holt CP and Isycoed School all sporting their most stylish items of denim in aid of the amazing cause.

As you can see from the pictures below, the day was a great success and everyone involved has done the community of Wrexham proud with all their brilliant efforts.

Alwyn Jones, Chief Officer for Social Care at Wrexham County Borough Council said, “The response to the Dementia Action Week and Denim for Dementia Day from the children has been magnificent.

“They have taken such a positive and mature approach to the subject, and shown incredible empathy, and I’m very proud of every single person who has taken part.

“There are many people out there living with dementia and some children will have family members who have the condition. So every little action they take – be it wearing their denim clothes or promising to make a pledge to someone living with dementia – will contribute towards making a brighter and kinder future for those affected by the condition.”