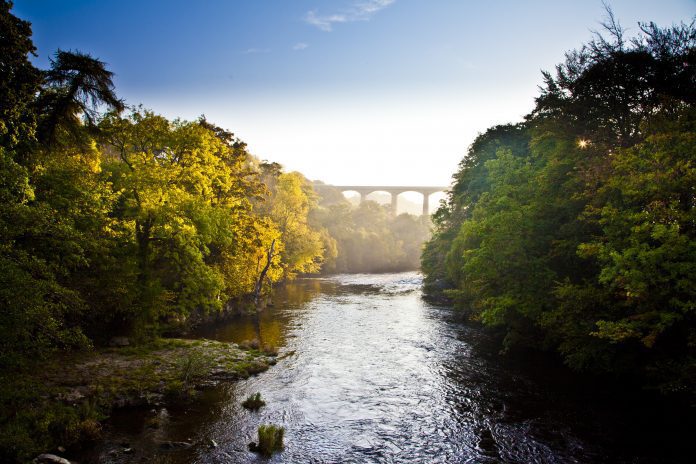 We’ve got a lot of fantastic attractions on our doorstep in Wrexham.

And later in the summer, we’ll be marking the first decade since some of our finest historic attractions received international recognition.

June 27 will mark 10 years since the Pontcysyllte Aqueduct was inscribed as a World Heritage Site (WHS) by UNESCO.

We – along with partners in the Pontcysyllte Aqueduct and Canal World Heritage Site Board – have organised a series of events throughout the summer and well in to the autumn to celebrate the 10 year anniversary, with a range of community and arts events taking place across the 11-mile WHS area, as well as at the aqueduct itself.

The upcoming events include Lego aqueduct building sessions at the Canal & River Trust’s visitor centre in Trevor; arts workshops at Corwen and Llangollen run by Denbighshire County Council; a photography competition run by Wrexham Council to highlight many of the sights in the WHS area – and many more.

On June 29, a community fun day will take place in Trevor Basin, with coracles and canal boats open to the public, a variety of community stalls and activities – and Techniquest Glyndŵr will be on hand providing insight on building aqueducts and bridges.

But the fun won’t stop there – there’ll be the usual fun and bright lights of Underneath the Arches, and the aqueduct’s 10th year anniversary will also be represented at the Llangollen International Eisteddfod.

And as part of the celebrations, we’re also inviting children to take part in a poetry contest, which could see them winning a trip along the Llangollen Canal in a horse-drawn boat – find out more details about the children’s poetry competition on the Glandŵr Cymru website.

“UNESCO recognition was very much deserved for this area – not just for the way the Pontcysyllte Aqueduct was constructed out of cast iron, the impressive aqueduct and viaduct at Chirk, but also the 11 miles of civil engineering, and the natural beauty of the Horseshoe Falls near Llangollen.

“As well as seeing an increase in its popularity as a tourist attraction, partners have also invested heavily in improving features and facility throughout the World Heritage Site, and with that in mind it’s right that we recognise not just the anniversary of the inscription of the area by UNESCO, but also the level of investment seen in the site during the last decade.

“I’d like to invite everyone to take part in those events taking place as part of the 10th anniversary celebrations – not just the community day taking place in the Trevor Basin on June 29, but also the other upcoming contests and competitions to recognise the World Heritage Site Area’s special importance.”