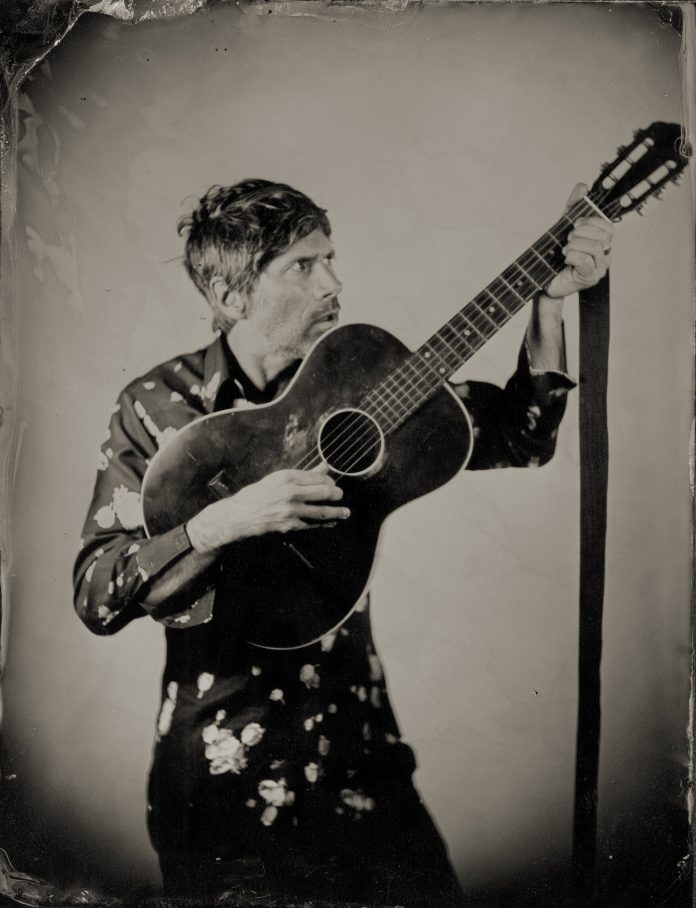 The album’s ten tracks were initially recorded in early 2016 in a whirlwind three day session. The band he gathered for the record were his regular drummer Kliph Scurlock (ex-Flaming Lips) and multi-instrumentalists Stephen Black (Sweet Baboo) and Osian Gwynedd.

Over  the  course  of  Babelsberg’s  forty  something  minutes,  Gruff  manages  to  perfectly  document  our  troubled  and  troubling  times  with  humour,  grace  and  always  addictive  melody.  In  a  career  that’s  spanned  three  decades,  two  languages,  multiple  bands,  offshoots,  collaborations  and  one  boundless  imagination,  Babelsberg  is  arguably  Gruff’s  finest  set  of  songs  to  date.

As if releasing a new album isn’t enough, Gruff Rhys recently made his debut at Edinburgh Fringe Festival with a run of eight sold out shows, and will be extensively touring the US, Europe, and the UK, before appearing in Wrexham with his full band on Friday 7th December.

Tickets are on sale via focuswales.com/tickets

The council supports FOCUS Wales, helping to establish Hwb Cymraeg – the Welsh language element of the festival – over the past two years, promoting Welsh language and culture to an international audience