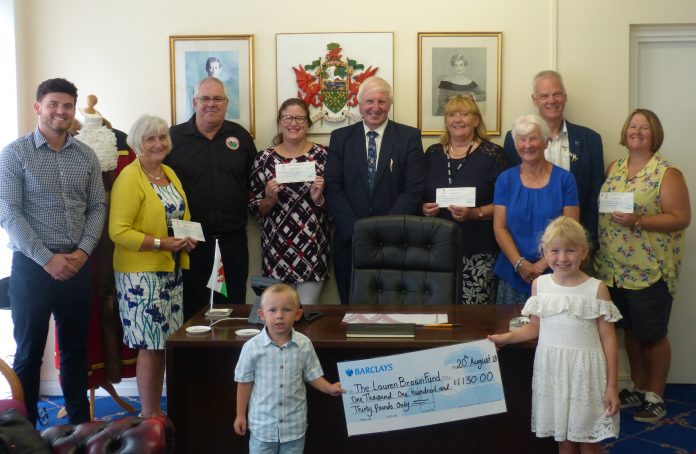 We know there’s a lot that takes place in Wrexham which wouldn’t happen without the tireless efforts of fundraisers and volunteers.

A former Mayor of Wrexham, who served in the role for two years running, has paid thanks to their hard work with a cheque handover.

Cllr John Pritchard, the former Mayor of Wrexham who served in the role in 2016/17 and 2017/18 raised funds for a number of Mayor’s Charities during his time as Mayor.

Recently, Cllr Pritchard handed final cheques to his five chosen charities, rounding off the last of the fundraising work during his term.

The five charities in receipt of cheques were The Lauren Brown Fund, Dymanic, Blood Bikes Wales, Nightingale House Hospice and the Besti Cadwaladr Wrexham Renal Comfort Fund. The charities were presented with a donation of £1,130 each.

Representatives from each of the charities joined Cllr Pritchard for a small reception in the Mayor’s Parlour.

Cllr Pritchard said: “I was very pleased to be able to hand over the final cheques to each of my chosen charities, and am very grateful to my successor as Mayor, Cllr Andy Williams, for use of the parlour for the reception.

“I know all those who were in attendance were very pleased to attend the reception, and I hope those amounts donated will help them each to continue in their vital work.”