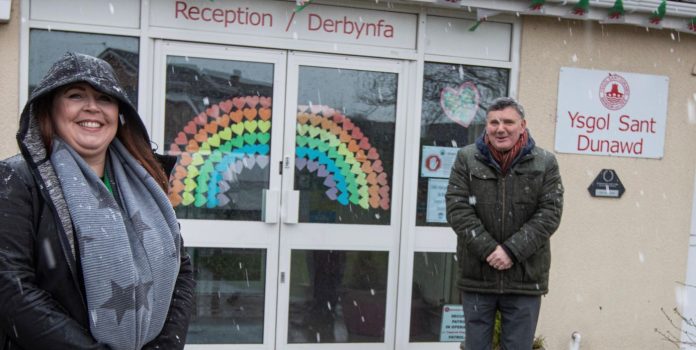 But there were many local residents who played their part too – people who did something kind or selfless that helped ensure our communities stayed safe during the worst of Storm Christoph.

One of those people was Rae Pritchard, who runs the after-school club at Ysgol Sant Dunawd’s in Bangor-on-Dee.

“I could hear the river”

At 1am last Thursday morning (January 21) – with the River Dee raging – Rae received a phone-call. It was the council asking if she could open up the school, so it could act as an assembly point for people being evacuated from the village.

Rae says: “It was unusual for me, but I was still awake getting things ready for my daughter’s birthday when I got the call. So I grabbed the keys and headed off to the school.

“It’s only just around the corner so it didn’t take long, but when I got there, I could hear the river. I’ve never heard it like that before and it was quite daunting. You could hear its power.

“I opened up the school and was there for about 20 minutes before people began to arrive. The police asked me to write down names and details of evacuees as they came through the door.

“I also put on the heating so it was a bit warmer for everyone, and made cups of tea. I was happy to help and I think anyone would have done the same.”

It was a small act, but one that made a big difference on the night – helping to ensure people could be safely evacuated from the village.

“In times of need, people help each other”

There were also reports of people helping out in other ways across the county borough – for example, helping with sandbagging, alerting residents and providing comfort to people evacuated from their homes.

Councillor Mark Pritchard, Leader of Wrexham Council, says: “These small acts of kindness took place in lots of communities affected by the flooding and I’d like to thank everyone who played their part.

“Whether it was opening up a building like Rae did – so it could be used in the emergency – or putting out sandbags, or offering some kind words and reassurance to someone affected by the floods. These things often go unseen and unnoticed, but they really matter.

“It’s good to know that in times of need, communities come together and people help each other.

“I’m very proud of how Wrexham responded to the emergency last week.”

Get the facts…read the latest NHS Wales Covid-19 vaccination info. 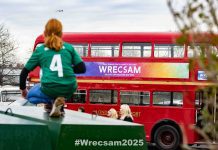