On Monday, January 20, holocaust survivor Tomi Komoly spoke to 153 pupils at Darland High School about his experience during World War 2, when he lived in Hungary under Nazi occupation.

It was a no holds barred account, which gave both pupils and teachers at Darland a valuable and incredibly insightful experience.

The 153 Key Stage 4 historians in attendance got fully involved and asked Mr Komoly about this very difficult period in his life.

Dan Jones, Head of History, said: “Mr Komoly spoke candidly about his experiences in answer to some very well thought out questions. He talked about forgiveness, feelings towards modern Germans and Hungarians, and about the rise of right wing politics in modern day Europe and his concerns about that. He also said how he had never experienced anti-Semitism in the UK.” 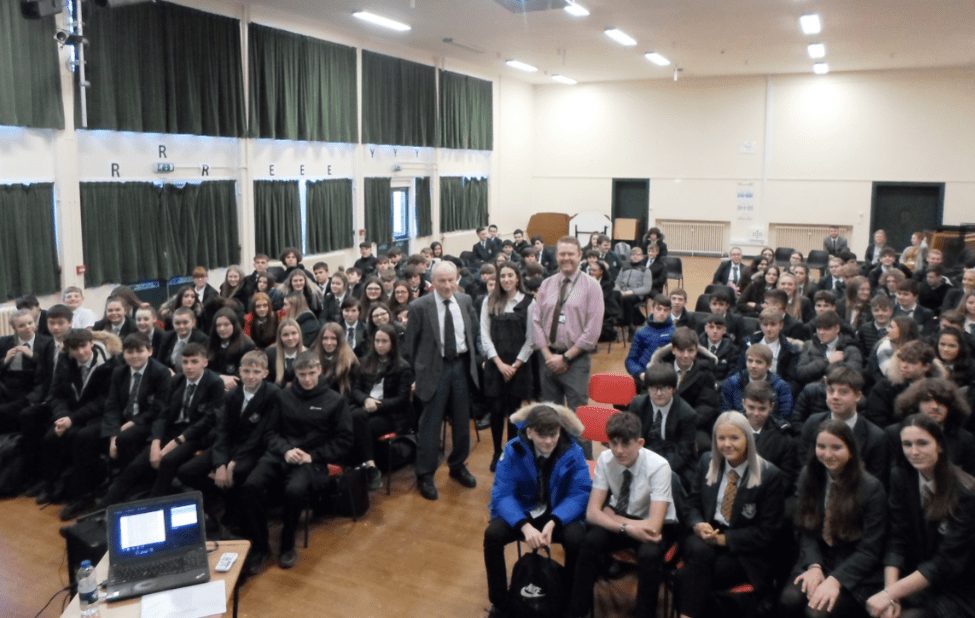 The visit was arranged to give the history pupils at Darland a chance to learn about the emotions and real-life struggle of an incredibly difficult time in world history, ahead of Holocaust Memorial Day (January 27).

Mr Komoly told how he lost contact with his father at 8 years old, never to see him again and what he suspected had happened to him.

He also discussed how he and his mother had evaded capture by the Nazi’s and Hungarian fascists too.