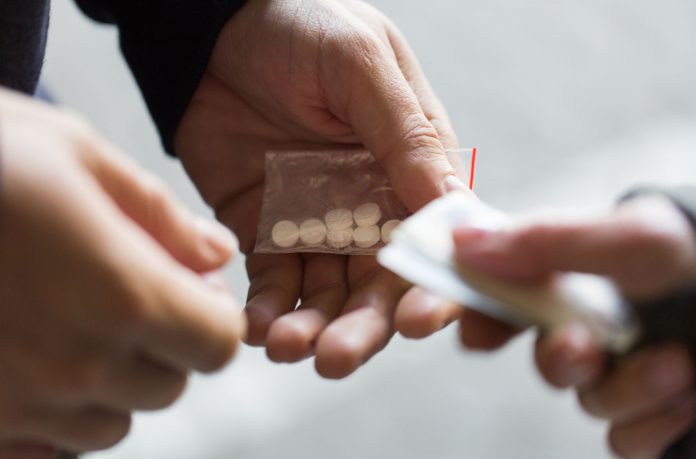 Did you know that criminal gangs, groups or networks that supply drugs across the region use vulnerable adults and children to move or store the drugs? They often use intimidation, violence and weapons, including knives, corrosives and firearms?

Often the victims who are exploited have similar circumstances to the criminals which can include drug addicts, alcoholics or under age drinkers, mental health problems, learning difficulties come from deprived backgrounds, missing from home, truants or even looked after children.

The issue, known as “County Lines” and “Cuckooing” is being highlighted on Queens Square tomorrow (24 March 2018) when the North West Regional Organised Crime Unit (TITAN) in partnership with North Wales Police will use actors to recreate scenarios seen by police where such exploitation has taken place.

The performances start at 11.15am and will run hourly.

The campaign is being developed to create a multi-agency approach which targets young people, parents, general public, care home staff, North Wales Police officers, health care professionals and teachers to create a talking point about the signs and triggers of vulnerable adults and young people being exploited to deliver drugs and the relevant reporting mechanisms.

Assistant Chief Constable Alan Barr, head of TITAN, said: “This event will be an interactive and impactful way to highlight the issue of County Lines to the people of North Wales and how to spot the possible signs that someone you know is at risk of being criminally exploited.

“The issue of County Lines is becoming widespread across the region and further afield and by working alongside all communities, forces and partners we want to educate parents, teachers, carers and mental health professionals about how to identify some of the warning signs that vulnerable young people and adults are being used to deliver drugs and the ways you can report it to relevant agencies.

“We also want to reach out to those vulnerable people on how they can avoid becoming a target to these criminal groups and how to get help.

“Intelligence from our communities is key to the police taking out the gangs responsible for this exportation of crime and exploitation of the vulnerable, so I would encourage anyone who has concerns about vulnerable people being targeted in this way to come forward and speak to us, either directly or anonymously through Crimestoppers.”

Who are the victims?

The victims can be anyone in your community – they can be as young as 10 or as old as 90 – criminal gangs exploit vulnerability in all its forms:

What are the signs?

In children, signs they are a victim of criminal exploitation can be that they are missing from home, absent from school, have new friends parents don’t know, be experimenting with drugs, often cannabis, have more than one mobile phone, appear nervous, scared, evasive or secretive, have injuries they can’t explain, have tickets for train or coach travel.

In adults, signs of ‘cuckooing’ can include not being seen for some time, unknown visitors and vehicles to their house, exchanges of cash or packagesj outside their home, open drug use in the street, damage and degradation to their home, a change in personality or behaviour.

What are the police doing and how can the public help?

Local forces and Titan have joined together with Crimestoppers to raise awareness of the signs and symptoms to look out for and how the public can help by sharing information anonymously.

If people suspect it is occurring where they live they should pick up the phone and call North Wales Police on 101, or 999 if a crime is in action, or you can call the independent charity Crimestoppers anonymously on 0800 555 111.