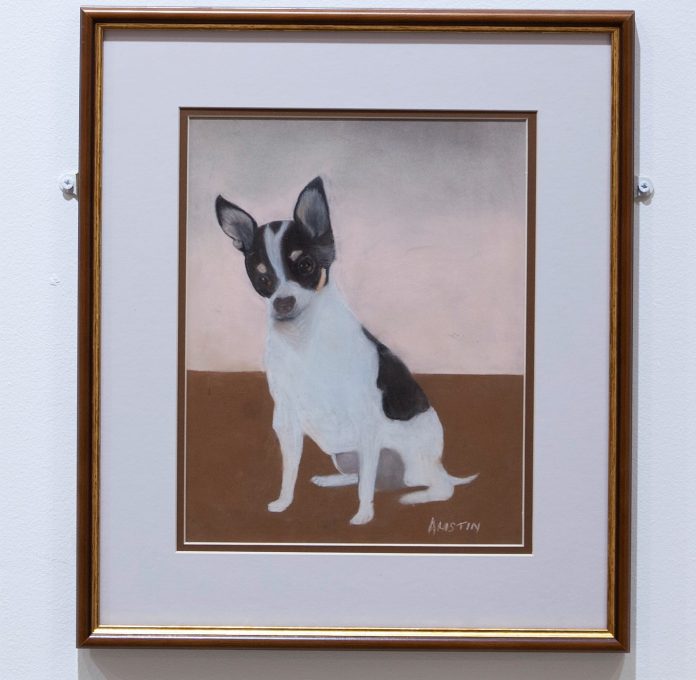 An amateur artist from Wrexham is celebrating after winning a prestigious prize at a local exhibition.

Austin Griffiths won the ‘People’s Prize’ at the Wrexham Open Exhibition with his painting of ‘Lucy’ the dog.

The Wrexham Open is North East Wales largest open art exhibition. Over 300 works by 180 artists were displayed at the two co-host venues, Tŷ Pawb and Undegun, between October and December 2018.

The People’s Prize for the Wrexham Open was decided through a public vote. Visitors to the two venues were able to view all the works and nominate the work they thought should win.

The winner was announced at the closing ceremony of the event just before Christmas. 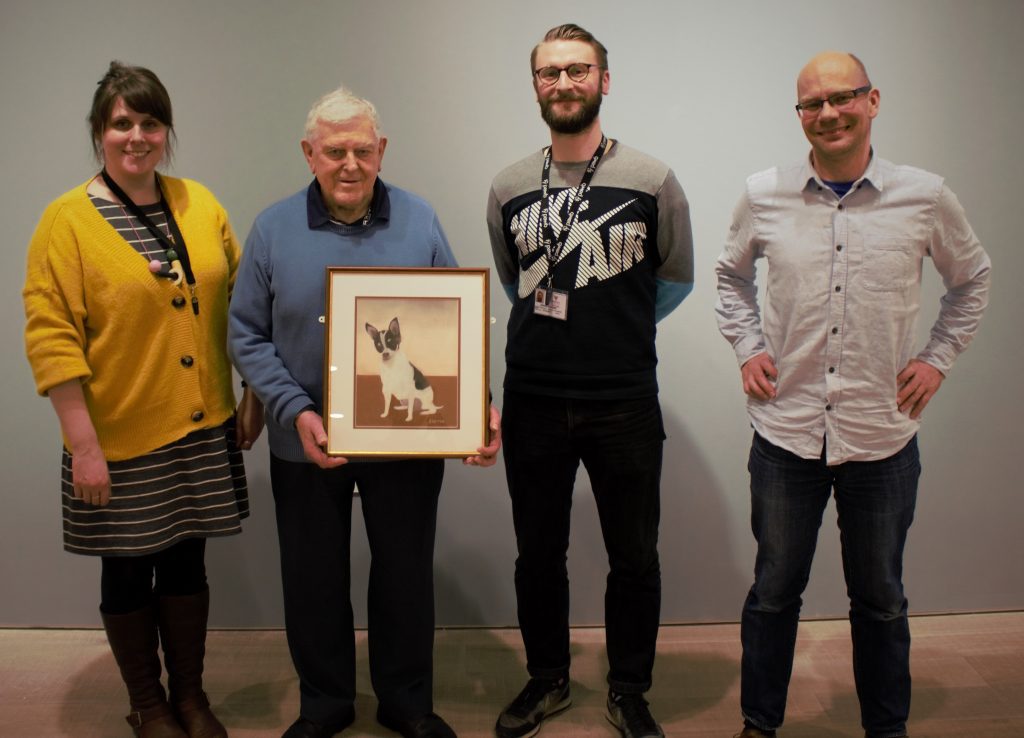 Mr Griffiths said: “I’d like to thank the public for choosing my painting. It’s a wonderful surprise because this is the first time I’ve entered the Wrexham Open.

“I’m from Wrexham myself but I didn’t start painting properly until after I’d retired. I’d previously worked on the railways and in the celanese factory at Redwither.

“After retiring I started practising art a lot more. I joined the Workers Education Association and also a summer school in Harlech.”

“The dog in the painting, ‘Lucy’, is actually from a dog calendar I had. I’m so thrilled to have won such a prestigious award with it.”

As well as the People’s Prize, four other prizes were also awarded by a panel of judges at the opening of the exhibition. The winners were as follows:

Tŷ Pawb’s Curator, James Harper, said: “We’re absolutely delighted with 2018’s Wrexham Open. The quality and variety of works across both venues was outstanding and this has been reflected in the support and positive comments we’ve had from visitors.

“It’s very fitting that the People’s Prize, the final award to be announced, went to a local amateur artist. We hope Austin’s work, and the exhibition as a whole, will inspire many others to get creative and to keep on supporting our flourishing local art scene.”