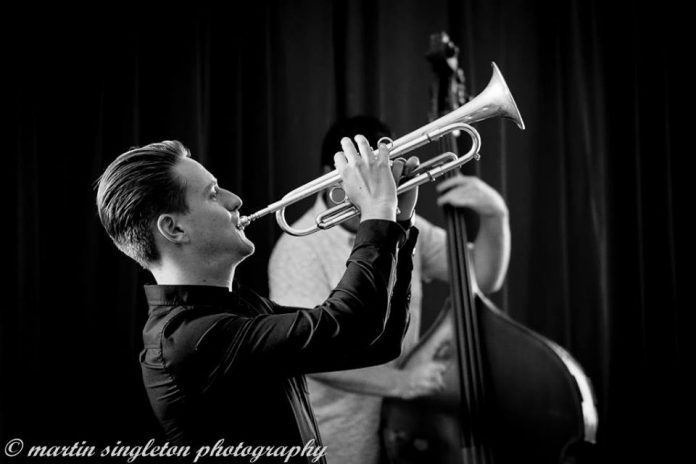 Jazz fan? Or do you simply want to try something new?

Then, why not come along to Tŷ Pawb on Wednesday, June 5 at 8pm to hear the delights of the Brownfield Byrne Hot Six?

Performing a brand of infectious swing, the Hot Six, co-led by Liam Byrne (tenor sax) and Jamie Brownfield (trumpet) play classic jazz from New Orleans through the great American song book to mainstream, inspired by the classic small groups and swing era stylists of the late 1930s and early 1940s.

The Brownfield Byrne Hot Six has managed to forge an original sound whilst staying firmly rooted in the jazz tradition, and continues to prove popular at jazz clubs and festivals across the country.

Trumpeter Jamie Brownfield, winner of the Rising Star category at the 2012 British Jazz Awards, has a broad playing style. More recently, Jamie has just returned from New Orleans after winning a prestigious British Airways competition to perform during a VIP flight to the city for the famous Mardi Gras, where he got the chance to play with one of his modern trumpet heroes, Leroy Jones.

​Liam Byrne plays tenor sax. He is a postgraduate of London’s Guildhall School of music and also the bands arranger. A growing favourite with jazz clubs around the country he can often be heard guesting with numerous bands including the Andy Prior Big Band, and has recently performed to great acclaim with US tenor saxophonist Harry Allen in a band with the UK’s Dave Newton and Dave Green on piano and double bass.

On keyboards, Tom Kincaid has become the first choice of many touring artists and band leaders, and has performed with jazz saxophonist Art Themen and Scott Hamilton, as well as his childhood hero, rock ‘n’ roll legend Shakin Stevens.

More information about the event  is available on the Facebook page.