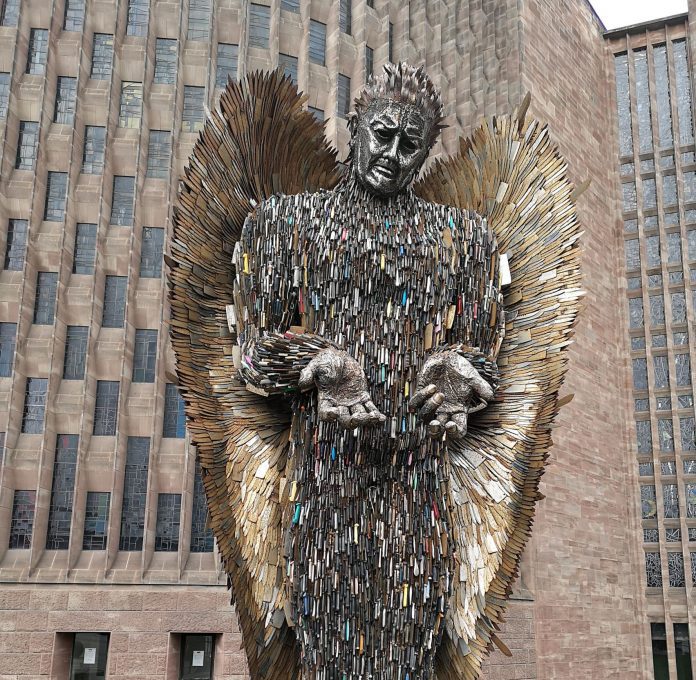 We’re pleased to announce that, in partnership with North Wales Police, Coleg Cambria  and the British Ironworks, the famous Knife Angel created at the British Ironworks from knives collected across the United Kingdom, will be coming to Wrexham to Queens Square in July.

Cllr Mark Pritchard Leader of the Council stated “I am delighted we are able to make this announcement of a nationally significant piece of art with a very serious message coming to Wrexham. We have been working with the British Ironworks over the last few months. The hosting of such a high profile event by Wrexham shows the significance and the key role that Wrexham plays in Wales and the North Wales Region. I would like to thank everyone involved in bringing this important piece of art to Wrexham.”

Cllr Terry Evans Lead Member for Economy and Regeneration stated “This is great news for the town centre both in terms of having another high profile event to support our regeneration programme for the town but also supports the message we want to encourage people to heed in terms of the danger of carrying a knife and the potential consequences.”

Cllr Hugh Jones Lead Member for Community Safety stated “The Knife Angel will enable us to get our the community safety message about the potential consequences of knife carrying not just in terms of a one off event, but in terms of a full educational programme for our local communities.”

Inspector Vic Powell of North Wales Police believes “ The Knife Angel is a crucially important concept and seeks to remind all of us of the potential tragedy associated with knife crime. It is incumbent on the community to come together to understand the significance of this event and use the Angel as a starting point in making North Wales an even safer place in which to live, work and visit.” 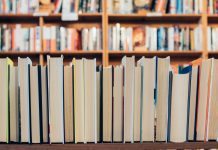 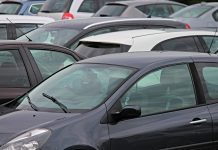 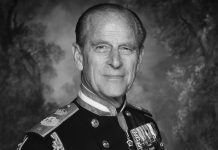 A message from The Mayor of Wrexham, Cllr Rob Walsh

Clear out to help out