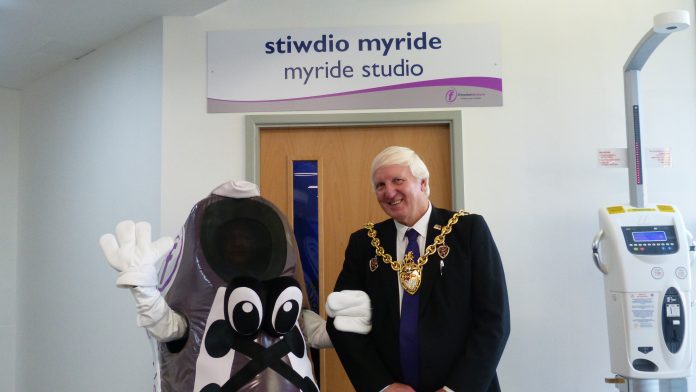 The Mayor of Wrexham is looking for a team of passionate pedallers to join him in a fundraising push.

On Friday, April 20, Cllr John Pritchard, the Mayor of Wrexham, will lead a team of “spinners” in a four-hour charity challenge at the Waterworld Leisure and Activity Centre, Wrexham, to raise as much money as possible for charity.

The challenge will take place between 1pm and 5pm

The event will be joined by Trevor Coxon, now-retired Head of Corporate and Customer Services at the Council, who is a keen cyclist and fervent fundraiser for Prostate Cancer UK.

Amanda Roberts from Freedom Leisure has also kindly agreed to spin the afternoon away, and Trevor and Amanda will form the core of the challenge team.

Funds raised by spinners will be split evenly between the Mayor’s chosen charities and Prostate Cancer UK.

“We want as many people as possible to get involved”

Cllr Pritchard said: “This promises to be a very fun event, and we want as many people as possible to get involved – both taking part in as much or as little of the spinning challenge themselves, and to get sponsored for doing so – or to sponsor those who do.  They don’t have to be expert cyclists, and they can do as much or as little as they choose.

“The important thing is that a range of good causes will benefit from this event, so we want to raise as much money as possible.

“I’d like to thank Freedom Leisure for offering us the use of their fantastic spinning suite at the Waterworld myride studio – the virtual route will certainly help fundraisers stay motivated and keep pedaling!”