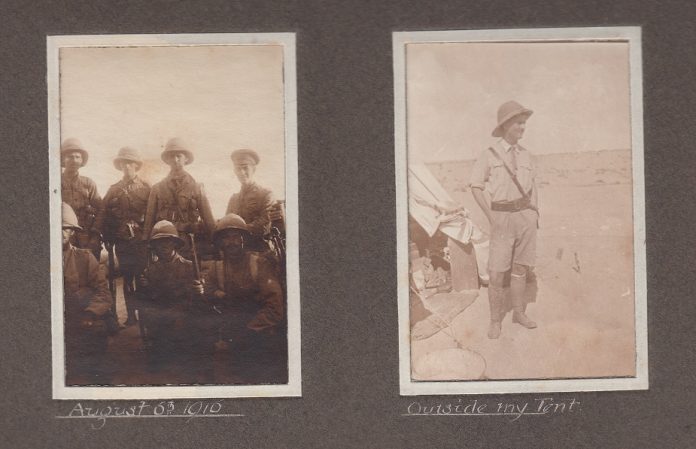 There’s a new exhibition opening on 22 September at Wrexham County Borough Museum and Archives that highlights the Royal Welsh Fusiliers in Egypt and Palestine during the first world war.

Exactly one hundred years before five battalions of the Royal Welsh Fusiliers were camped near Deir El Belah close to the frontline in what is now the Gaza Strip, but was then the border between Egypt and the Ottomon Empire.  Although the officers and soldiers did not know how they would be making history over the next few months they had been in good spirits since the arrival in June of General Edmund Allenby their new commanding officer.  They could see he had the determination, drive and tactical brilliance to ensure the autumn campaign would see the Allies break the stalemate and roll back the Turkish armies.

GET INSTANT NEWS AND INFO FROM WREXHAM COUNCIL WITH MYUPDATES

“the only exhibition about this front during the 2014–18 commemorations”

The Heat of Battle, Wrexham Museum’s latest ‘Windows on the World’ exhibition commemorates the story of the Allied campaign in Egypt and Palestine and highlights the distinguished role played by Welsh regiments on that front.  Despite the importance of its successes to public morale during the First World War and the impact of the defeat of the Ottoman Empire in 1918 on world history during the 20th century, The Heat of Battle is the only exhibition about this front during the 2014–18 commemorations of the First World War.

The exhibition is based on and inspired by the reserve collection of the Royal Welch Fusiliers Regimental Museum which is held at Wrexham Museum. Highlights of the exhibition include:

“This exhibition is the latest in Wrexham’s programme of events to mark the First World War. Wrexham County Borough Council would like to acknowledge the support of the Heritage Lottery Fund and the Welsh Government for this project. Alongside the exhibition at Wrexham Museum, a touring exhibition will be travelling to Cardiff and Brecon. There is also a dedicated team of volunteers who are exploring the archives related to the campaign and they will be sharing their research over the coming months.”

“During 2017, attention has focused on the sacrifice of the Welsh Regiments at Passchendaele on the Western Front. We should not forget, however, that as many Welshmen fought and died in the Middle East during 1917 as in France and Flanders. As the Third Battle of Ypres closed in November 1917; the Third Battle of Gaza opened. Unlike Passchendaele, Third Gaza was decisive: it opened the way for the capture of Jerusalem and the end of Ottoman rule in the Levant and Arabia. Our Territorial battalions and Yeomanry regiments in the 53rd (Welsh) and 74th (Yeomanry) Divisions made a crucial contribution to victory — one that this exhibition rightly remembers.”

As an introduction to the exhibition there is a film presentation on the history of the First World War and the campaign in Sinai and Palestine produced especially for this exhibition by Charley Wiles and Adam Cooke of Wrexham Glyndwr University.  Visitors will also be able to hear poems written by members of the regiment during the First World War and recited by veterans of the Royal Welch Fusiliers thanks to the assistance of Calon FM.

The exhibition is on show at Wrexham County Borough Museum & Archives from September 22nd, 2017, until January 6th, 2018.  Admission is free.

For more information, please contact Wrexham Museum on 01978 297 460 or via email: museum@wrexham.gov.uk

* The official title of the regiment during the First World War was the Royal Welsh Fusiliers.  This spelling will be used in the exhibition.  The ‘Welch’ spelling was officially adopted in 1920. 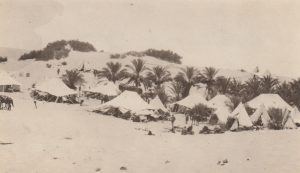 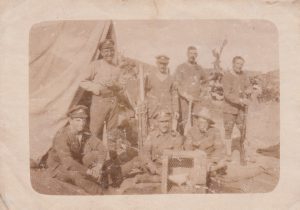 Get instant news and info from Wrexham Council with MyUpdates