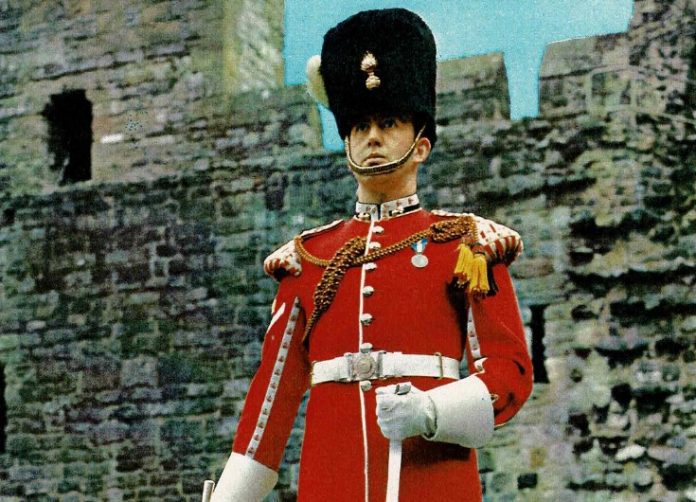 Plans to create a Memorial Garden complete with floodlit bronze statue of a Royal Welch Fusilier and regimental goat outside Hightown Barracks are moving forward and the organisers have announced they’re going to hold a £1 a ticket raffle to boost the growing fund.

The Memorial Garden will cost in the region of £95,000 and nearly £50,000 of this has already been raised by kind donations from local community groups and businesses.

The prizes in the raffle all very kindly donated by Penderyn Whisky of Llandudno are as follows:

First – 2 separate prizes, each for 2 places at a Masterclass Tour  at Penderyn, Llandudno comprising a 3 hour session with a class on how to nose and taste whisky and a tour of the distillery.

Third – 2 separate prizes each for a group of six people for a tour of the Llandudno Penderyn Distillery.

Cllr Graham Rogers, said, “The plans are really moving at speed now and we can’t wait to get started. The raffle will boost the fund and we are now making a second application to the National HLF Fund as well.

“Please support this Garden which will be a fitting tribute to the Barracks, the soldiers who served there and to the memory of all those that were lost during the many conflicts the Royal Welch were involved with.”

Sculptor Nick Elphick is already commissioned to make the sculpture which is hoped will be unveiled next year.

The draw will take place at the Bank, High Street, Wrexham on 17 December at noon.

Anyone who wants to buy a ticket should contact Cllr Rogers at: g.a.rogers3@btinternet.com or

They’ll also be on sale at BelleVue Christmas Lights Switch On event on 26 November and at various locations in the town centre in the weeks running up to the draw.