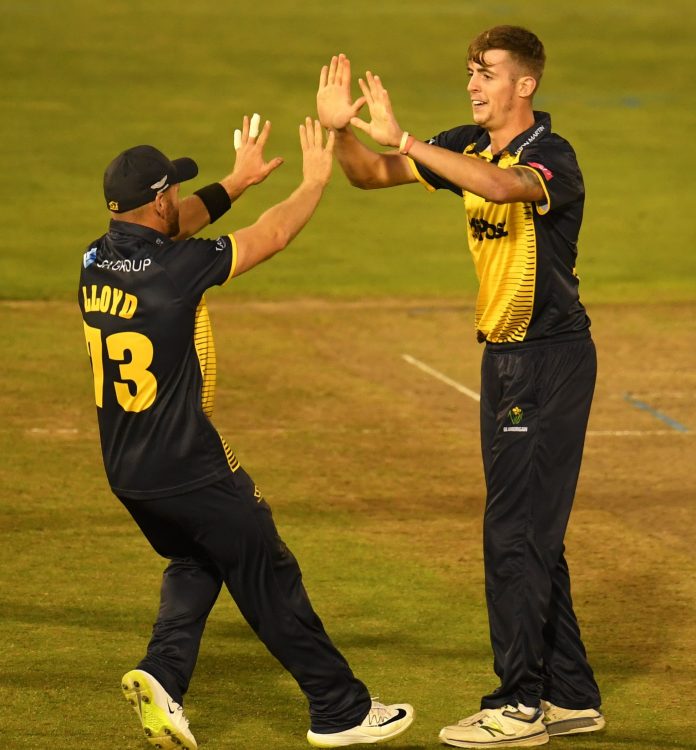 Former Wrexham school pupil Roman Walker is causing quite a stir in the professional cricket world, as he’s just been handed a two-year contract with Glamorgan Cricket.

Nineteen-year-old Roman, a former pupil of Ysgol Bryn Alyn, has been playing adult cricket since he was 12.

His mum Michele said: “Roman lives for cricket and we’ve spent many, many hours travelling to matches and training. His home games were in South Wales, and away games were usually south of Bristol, with the odd tour in the Midlands.

“His former school PE department at Ysgol Bryn Alyn were extremely supportive of his training and match schedules, which was very important for a someone hoping to become a professional sportsman.”

Head of Faculty for Health and Well-being and Roman’s former form teacher, Andy Jones, said: “It’s always great to see former pupils succeed in their chosen careers. We were always happy to support Roman and we wish him well at Glamorgan Cricket and hope to see him back at school for a visit some time in the future. Roman was an excellent all round sportsman and in addition to his cricketing skills his football skills also brought the school success as we were unbeaten in Wrexham for 4 years and were in the Welsh finals for two years.”

Director of cricket, Mark Wallace, said: “Roman is an exciting young cricketer who has enjoyed a breakthrough season with the club.

“We’ve seen what Roman can do in the Royal London One-Day Cup and Vitality Blast, where he showed a cool head under pressure in some difficult situations. He’s got an impressive skillset and if he keeps developing as he is he will enjoy a successful career in the game.”

Roman said about his success “I’m really pleased that I am able to play professional cricket for Glamorgan. While it’s been a lot of hard work and dedication to get this far if I keep working hard and doing well who knows what might happen.”

“I’d like to thank everyone who has stood by my side and supported me over the past few years – without their help I wouldn’t be here today following my dream.”

Roman made his first XI debut for Glamorgan against Sussex in the Royal London One-Day Cup, where he struck the winning six during a record run chase – which was televised on Sky.

Bryan Walker, Roman’s dad, remembers being off work the day Roman received the letter from Wales and taking it to Ysgol Heulfan to read out in class. “It’s a very special memory.”

The highlight of his career so far was hitting the winning six when batting for Glamorgan against Sussex in his first game.

And in his next game at Somerset, he got current England internationals Tom Banton and Craig Overton out.

Roman made his first XI debut for Glamorgan  against Sussex in the Royal London One-Day Cup, where he struck the winning runs during a record run chase.

He also played three matches in the Vitality Blast, where he took five wickets, including 3/39 in Glamorgan’s victory against Hampshire.

We’d like to wish Roman the best of luck as he embarks on his chosen career as a professional sportsman.

Get the latest news and info straight into your inbox.</a