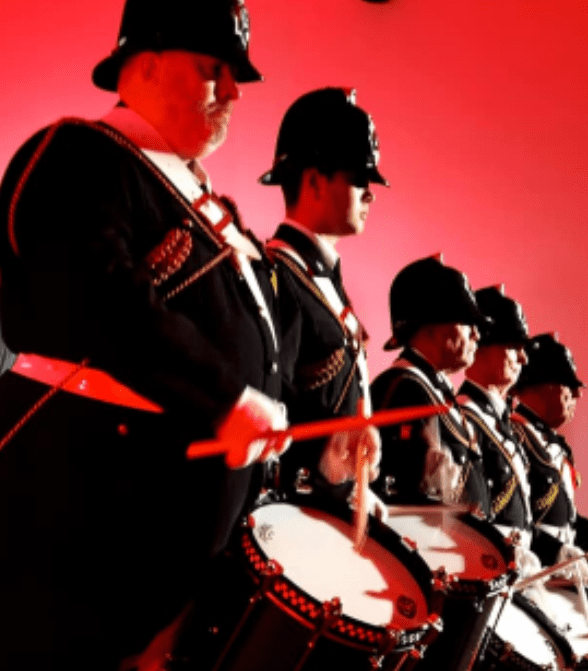 Get ready to experience all the pomp and spectacle when Britain’s newest military extravaganza returns to Coleg Cambria on Saturday 22 October.

Presented by the British International Tattoo their show “A Reel of Remembrance” commemorates the 40 year anniversary of the Falklands Conflicts and celebrates the Platinum Jubilee of HM Queen Elizabeth II. The event will also acknowledge the achievements of the Commonwealth.

It will be a musical journey through each decade of the Queen’s reign and will feature:

Before the event there will be displays from all three armed services and a wide selection of stands and activities for the whole family to enjoy.

Organiser, Gareth Butler, said, “We’re really excited about bringing this event to Wrexham once again and we have increased the number of tickets available. It will be an evening to remember in aid of the Not Forgotten Veterans Charity. Please book early to avoid disappointment.”

Armed Forces Champion, Cllr Beverley Parry Jones, said, “The armed forces and music are both very close to my heart. I am thoroughly looking forward with anticipation to what promises to be a spectacular evening of music and dance. This event encompasses the best of the United Kingdom. As we start to approach to the British Legion Poppy Appeal and  Remembrance Sunday this is a fitting tribute to our armed forces and I know many will be keen to support the event and charity involved.”

If you can’t make the event but want to contribute there’s a JustGiving page dedicated to this event here.