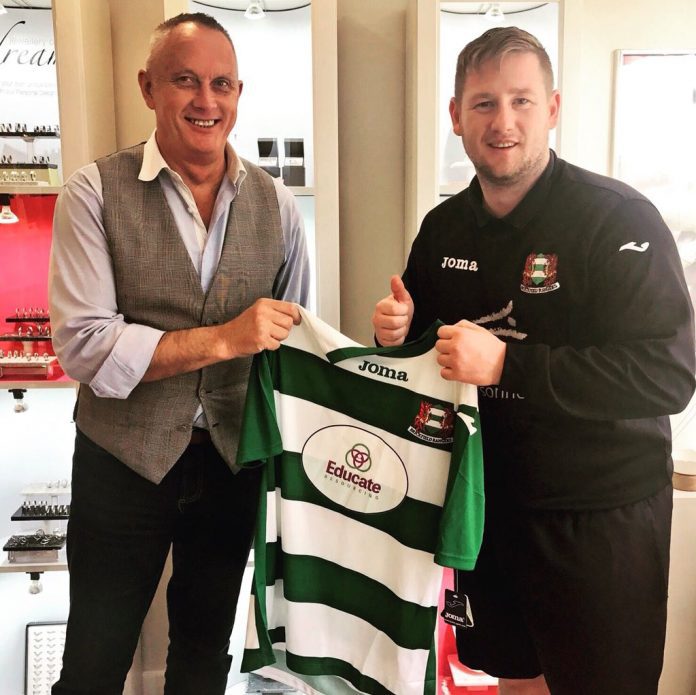 Preventing anti-social behaviour is important in any town or city, but in Wrexham one football coach is looking to help address the issue through sport.

Andrew Ruscoe is an award-winning football coach whose helped lift Wrexham-based Brickfield Rangers and its BR in the Community scheme from humble beginnings into a real power in North-East Wales.

The 31-year old is Wrexham born and bred, and played for Brickfield, Cefn Druids and the old Chester City during his playing days.

He feels that sport can play a crucial role in steering young people away from anti-social behaviour, and – as part of BR in the Community – is delivering a football project for schools

“So I think it’s the perfect time to start delivering this kind of work within local schools.

“If it can steer some children by engaging them in football activities, then I’m prepared to do that. I’ll be doing that for schools for free.”

A great way to engage children

Brynteg Primary School in Wrexham is just one of the schools taking part.

Year Six teacher Shaun Valentine said: “This must be the third or fourth time we’ve had Andy in school now and he’s always fantastic, but it was great to have him in the classroom too for part of the session this time.

“We’re really excited to be part of the project and feel that utilising interest in football is a great way to engage children on the topic of anti-social behaviour, as it’s not something we would naturally cover in too much depth within the curriculum.

“The session was interactive and held the children’s interest throughout, while delivering important messages – not only in terms of what anti-social behaviour is – but also its potential effects on the community.”

It’s not the first time Andrew has used the power of football to help people and communities.

And there’s now a whopping 32 teams representing Brickfield. Although it didn’t come without some adversity, admits the Wrexham AFC supporter.

“Clubs like Brickfield Rangers can provide a lot”, said Andrew.

“I was told at first that a ‘football in the community’ scheme in a third tier amateur team would never work, but I said it would and I’ve proved it would.

“My passion is to give back to people and the community.”

Brickfield has won the Welsh Community Club of the Year in the past, while Andrew won the Coach of the Year award at Wrexham Council’s sports awards in 2016, along with Gemma Owen from Wrexham AFC’s Racecourse Foundation.

Want to know more about BR in the Community? Click here.