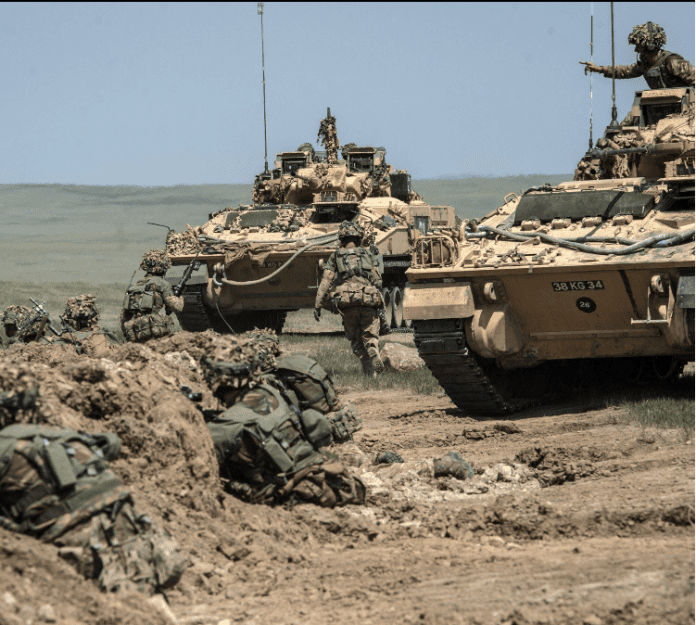 The sound of marching boots will soon be heard in Hightown Barracks after the 3rd Battalion The Royal Welsh, Wales’ only Army Reserve Infantry Battalion, has relocated their Anti-tank Platoon to the base and are now recruiting.

Cllr David Griffiths, Armed Forces Champion, said: “This is excellent news and follows continual hard lobbying at every opportunity by the Council and its Armed Forces staff to make sure Wrexham maintained its reputation as a home to our armed forces”

STAY SAFE – GET THE LATEST ALERTS ON SCAMS, PRODUCT RECALLS AND OTHER PUBLIC PROTECTION ISSUES

The Commanding Officer, Lt Col Ged Murphy said “It is great news that we as a Regiment are re-establishing ourselves for the long-term in Wrexham. The region, and specifically Hightown Barracks, is synonymous with The Royal Welsh and our antecedent regiments, particularly The Royal Welch Fusiliers. We are extremely proud of our links with the people of Wrexham and look forward to strengthening our relationships with all in the region over the coming months and years.”

They’re also recruiting over the next few months for Army Reserve soldiers – with or without military experience to boost their ranks. And they’ll be on the streets of Wrexham drawing attention to their vacancies, in both their Regular and Army Reserve Battalions, anyone interested should visit www.theroyalwelsh.co.uk

They undertake training on Wednesday evenings, some weekends and on a two-week annual training camp, which is often abroad. They deploy to Michigan, USA in July and have recently deployed on exercise to Germany, Spain and Cyprus as well as in the United Kingdom.

Get the latest info on scams, product recalls and other public protection issues.