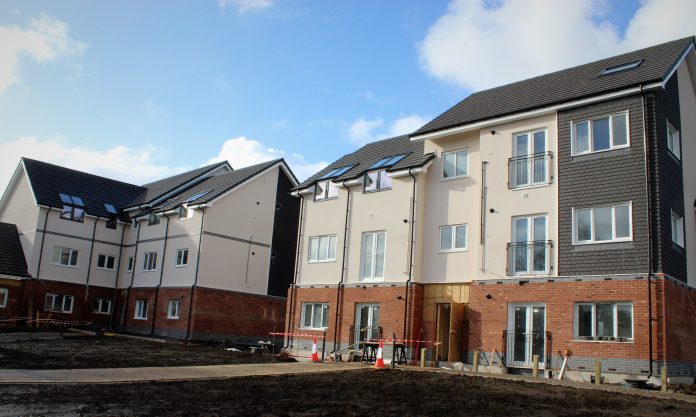 We know how difficult it can be for former armed forces personnel to find suitable housing once they find themselves back in civilian life.

Back in 2015, we partnered with First Choice Housing Association to build new flats for service veterans.

We worked with homeless veterans as part of the project, giving them on-site work experience when putting together the new flats, as well as the chance of a home when work was completed – one they could be proud to say they’d worked on themselves.

Named Tŷ Ryan, the flats were completed in March and are now open for applications.

There are just a handful of two-bedroom flats left at Tŷ Ryan, and as such we’d encourage anyone with an armed forces background and looking for a new home to get in touch.

“Can be difficult for veterans to readjust”

Cllr David Griffiths, Lead Member for Housing and Wrexham Council’s Armed Forces Champion, said: “We appreciate it can be difficult for veterans to re-adjust to civilian life, and some of the problems they encounter while trying to settle down could affect them well after they’ve been discharged from the armed forces.

“We worked on Ty Ryan alongside the First Choice Housing Association with the aim of taking some of that pressure off, and we hope we’ve been successful in the aim in creating quality housing which suits veterans’ needs.”

Veterans urged to get in touch

If you are ex-forces and looking for housing; are related to an ex-forces person or have links to a veteran through marriage, it could be worth your while getting in touch – especially given that there are just a few flats left.

The scheme is open to those in employment or unemployed; single people and families and charges affordable rents.

The registration takes no longer than 15 minutes, followed by an application to Wrexham Council.