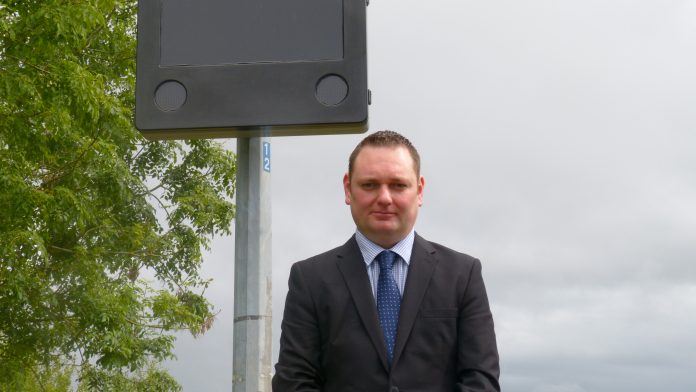 Drivers will have new reminders to watch their speed on a village route.

New road signs are in place on Heritage Way, the main route which links Brymbo and Tanyfron with the Ruthin Road/A525 in and out of Wrexham.

The new responsive signs are in place to warn drivers if they’re going over the 40mph limit.

The signs were bought after Wrexham Council secured accident reduction funding, with the specific aim of improving signage along the road.

The funds were applied for by the council after concerns raised by residents.

“But drivers need to keep in mind that this stretch of road very quickly becomes a suburban road upon nearing Tanyfron, and is also used by pedestrians going to and from the nearby Sports and Social Club.

“These new signs should act as a helpful reminder to drivers to watch their speed and not break the limit while going through the area.

“We got the signs specifically after issues of speed and safety were put to us by residents, so we know people in the area have seen fast drivers on the road and are obviously keen to keep the route safe.”

“Drivers should keep speed in mind”

Cllr David A Bithell, Lead Member for Environment and Transport, said: “I’m very pleased the new signs have gone in place on the Heritage Way, and would like to thank Cllr Rogers for bringing the concerns of residents to our Highways department.

“Drivers should keep their speed in mind across all routes in the county borough and certainly shouldn’t be breaking the limit.

“Signs such as these will go a way to reminding them to keep to the limit and to drive safely.”