A three-day Welsh language event is on its way back to Wrexham town centre as part of an annual music and culture festival.

HWB Cymraeg, held as part of FOCUS Wales, will return to its tipi on Queens Square from Thursday, May 10 to Saturday, May 12.

Fluent Welsh speakers and learners alike, and those with an interest in Welsh language and culture, are invited to come along and enjoy music, lessons, workshops, films and comedy gigs.

Mudiad Meithrin – the Welsh language nursery association – will hold craft and story sessions, and characters from the Magi Ann series of Welsh learning apps will also be paying the HWB a visit.

A long line-up of Welsh musicians and artists will perform at HWB Cymraeg across the three days.

Events at HWB Cymraeg will be free until 7pm each evening, after which live performances will be open to people paying on the door, or ticket or wristband-holders for FOCUS Wales 2018.

Comedian Tudur Owen will also present his BBC Radio Cymru show live at HWB Cymraeg from 2pm until 4pm on Friday, followed a by a bilingual Comedy Marathon in the evening.

For the full programme of events at HWB Cymraeg, click the image below: 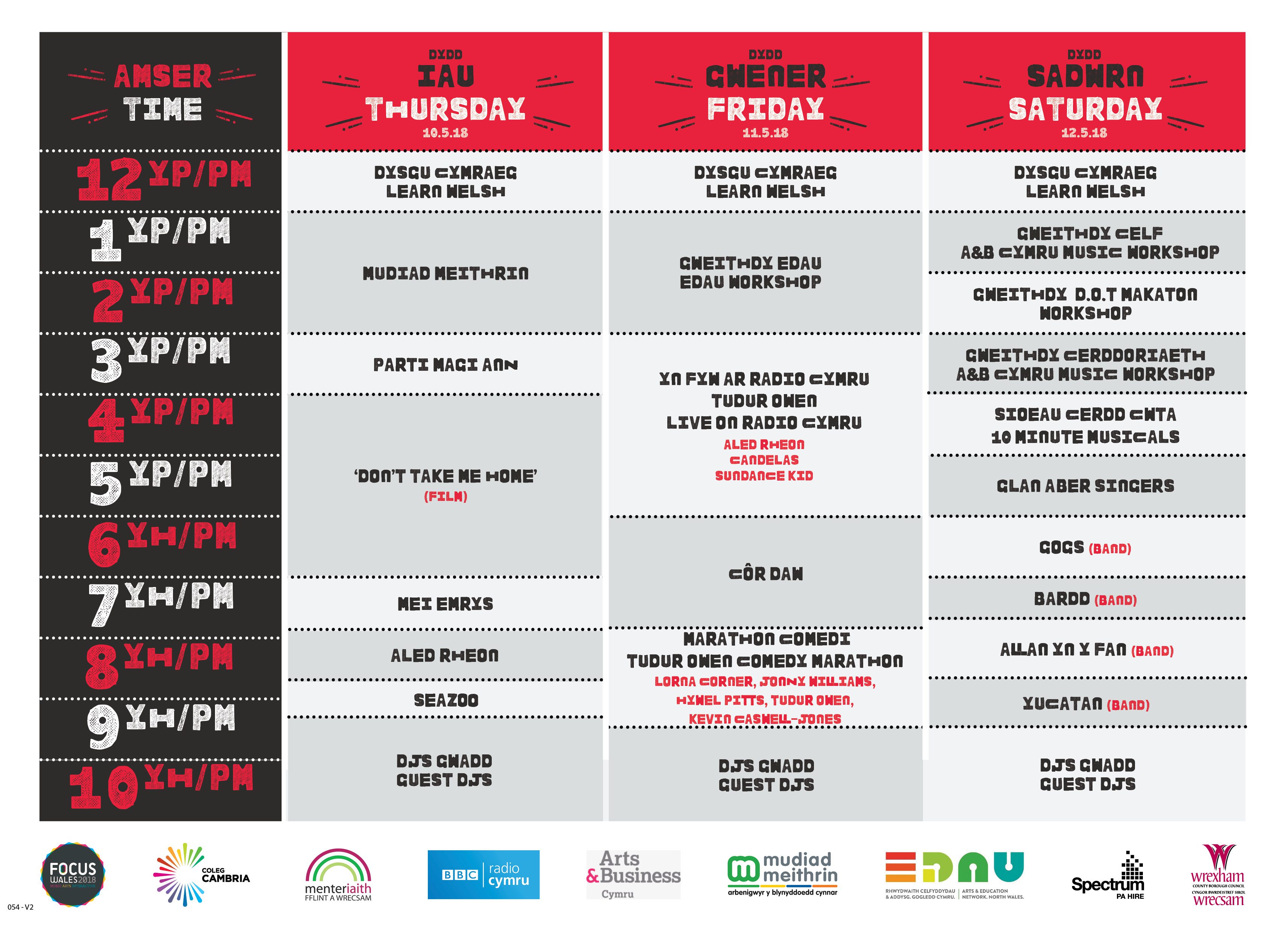 Cllr Hugh Jones, Lead Member for Communities, Partnerships, Public Protection and Community Safety, said: “The HWB Cymraeg proved a very popular element of FOCUS Wales last year, and it fits in very well with the rest of FOCUS Wales’ events throughout the town across those three days.

“A full and enjoyable programme is planned for HWB Cymraeg, with a very wide variety of events on offer, with something for young and old alike.

“As such, I’d invite seasoned Welsh speakers and learners alike to come along, as well as anyone who has an interest in Welsh language and culture, to celebrate the Welsh language in the heart of Wrexham.”