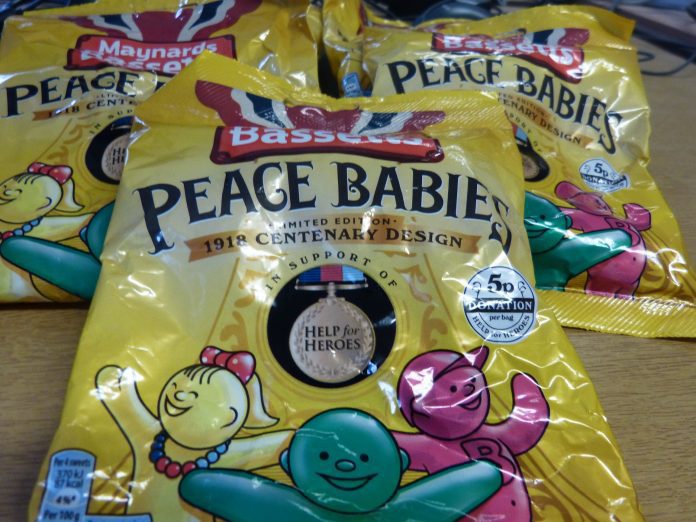 George Bassett & Co., one of Britain’s oldest sweets manufacturers, launched their own version of Jelly Babies, called Peace Babies a century ago to celebrate the end of the First World War.

The chewy sweets were first invented back in 1864 by an Austrian working in Lancashire. Peace Babies were popular between the wars but production ceased in the Second World War because of rationing. Jelly Babies reappeared in those old-fashioned jars in 1953 with the end of sweet rationing.

Now to commemorate the centenary of the end of World War One, Maynards Bassetts has designed a special limited-edition pack of Peace Babies available at Tesco. The packs will raise money for the veterans’ charity Help for Heroes.

We’ll be handing out Peace Babies at the Annual Service of Remembrance on November 11. You can read more about this service here