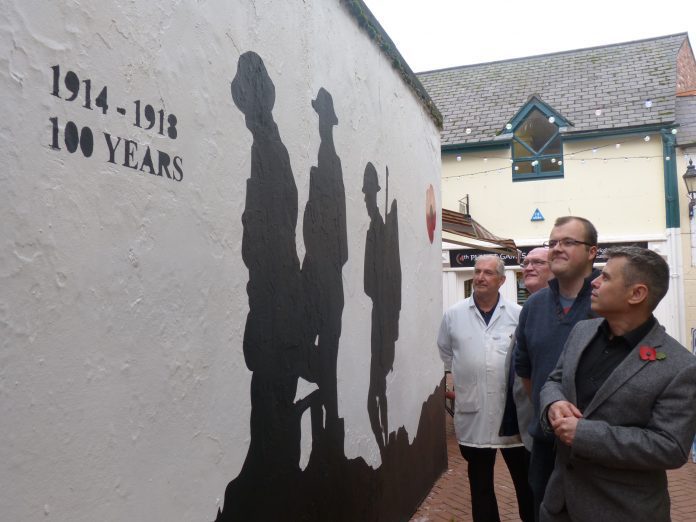 A fantastic mural has appeared in the town centre and the Mayor, Cllr Andy Williams and our Armed Forces Champion, Cllr David Griffiths went along to meet those behind this brilliant idea.

The massive painting on the outside wall of Marubbi’s Cafe in Bank Street, is the result of local Wrexham businesses and artists working together to Commemorate the Great War with Street Mural. 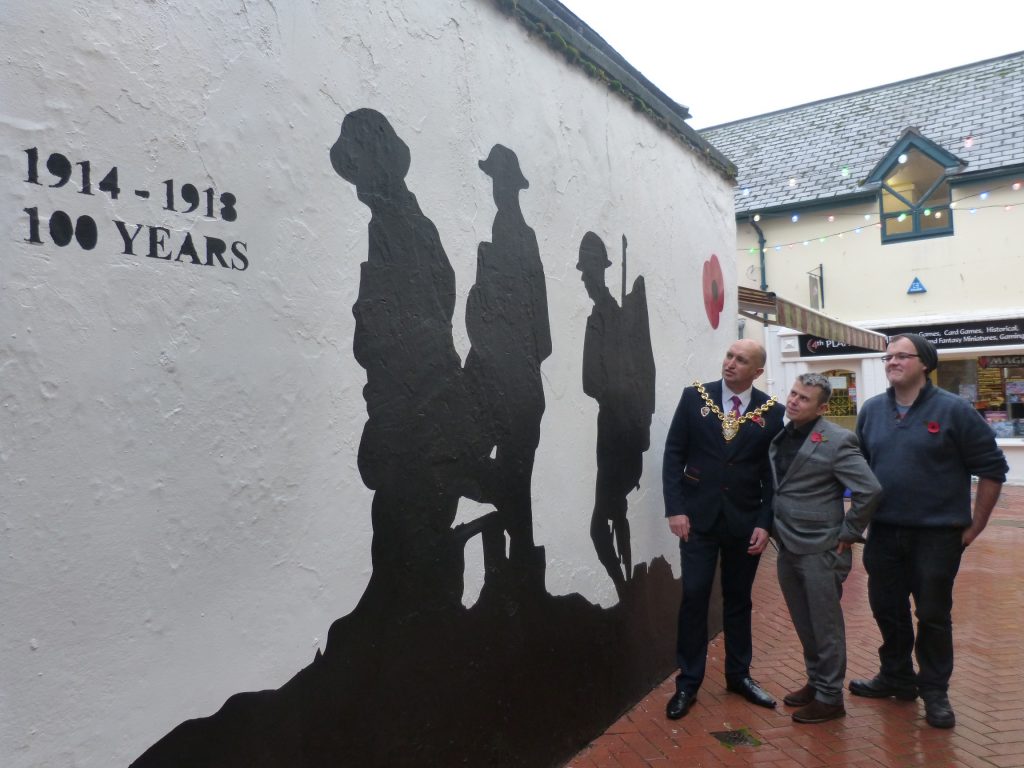 Wayne Price said, “I’ve been inspired by how many people had wanted to pay tribute to the brave fallen, those who fought or played a part in The Great War.” He added, “I have many people and organisations who did their bit to make this mural happen. First my thanks to Mr Marubbi of Marubbi’s café for offering his wall, Aaron of Geckos for all the work he put in over the weekend.  I also must thank the support from the Wrexham Business Group CIC, Wrexham Council for their contribution via their Together in Wrexham Enabling Grant Fund and Undegun Arts for their expertise and materials. Also, we must thank both of Offa and Rhosddu Community Councils for their backing into the Wrexham Building Art Project.”

Aaron Purvor said, “Having family relatives who fought in the war, I’m very proud to have been a part of this project. I’m also looking forward to being able to see it from my shop window every day.”

When asked if they had any other plans for street projects, Wayne Price answered, “I hope so, we hopefully have two more projects on Bank Street in the coming months, if anyone would like to become part of the project please search for the Wrexham Building Art Project on Social media. However, that’s for the future, today, we are all happy by the positive comments we have received on this commemoration of the Great War by so many of Wrexham Public. When people went past whilst we were painting it put a smile upon their faces.”

Both the Armed Forces Champion and the Mayor agreed that the mural was a fitting tribute and a fantastic piece of artwork for this very special anniversary commemoration.

It is hoped this is the first of several artworks to appear over the town centre over the coming months so watch this space!