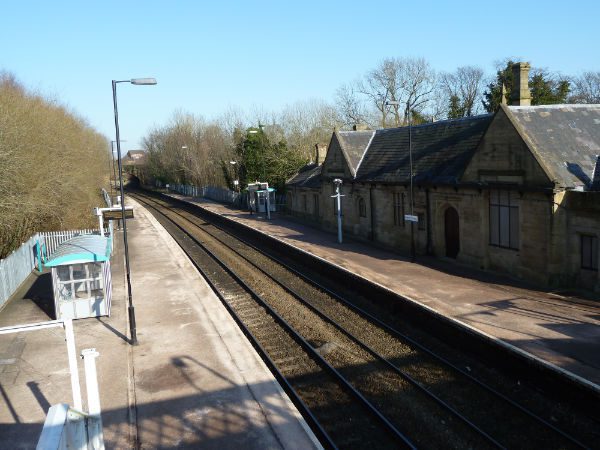 Over the past few years, more than £600k of investment has taken place at Ruabon from both ourselves and the Regional Transport consortia to develop Ruabon Station as a transport hub, providing car parking, a bus and rail interchange, improvements to waiting shelters, a new station entrance and CCTV.

But more funding is needed to improve step-free access at Ruabon, as currently, the northbound platform is linked to the southbound platform opposite by a footbridge, with no other way of accessing it.

This means train users in wheelchairs or mobility scooters cannot access the northbound network if leaving via Ruabon Station; or cannot get off at Ruabon if coming back on a southbound service.

As well as wheelchair users, the issue also affects users with children or babies in buggies, or less mobile people with luggage.

Cllr David A Bithell, Lead Member for Environment and Transport, has written to Welsh Government the WLGA and the Department for Transport, outlining our aspirations to develop the station as a key link tourism link in North Wales – including improving access issues.

Cllr Bithell said: “We’ve been looking to help solve the issue of step-free access at stations in the county borough for some time, and members of the Executive Board agreed priorities for the rail network in the county borough when step-free access at Ruabon was outlined as one of our ambitions in our Rail in Wrexham report, published early in 2015.

“We know that the issue of access at our railway stations will become increasingly important with a new franchise in place for Wales and the Borders, and the likely increase in passengers using railways in the next few years.

“With that in mind, we will continue to lobby Welsh Government and the Department of Transport for further funds and support to improve our Network.  Those with impaired mobility should not have to make longer journeys or unnecessary trips if they want to use the trains.”