The Football Association of Wales (FAW), was founded at the Wynnstay Arms, on Yorke Street in 1876.

And now, those historic links could be enshrined even further, with plans for Wrexham Museum to house Wales’ National Football Museum, which would showcase Wales’ footballing history.

Plans for a possible National Football Museum were first suggested in the summer of 2016 following Wales’s outstanding run in the European Championships and subsequently a commitment to carry out a feasibility study was agreed by Welsh Government.

The study by consultants Just Solutions has just been published and has come to the conclusion that siting the new facility at Wrexham Museum, already home to the Welsh Football Collection, would be the best and most cost effective solution.

Cllr Mark Pritchard, Leader of Wrexham Council, said: “This is a fantastic proposal for Wrexham. Football obviously plays a very strong part in the civic history and fabric of Wrexham and, along with Wrexham Lager, Wrexham is very well known more broadly for its footballing history.

“These proposals aim to add a very strong element to both the visitor offer and the footballing offer in Wrexham, and I’m very pleased with the finding of the consultants.

“I’d like to thank all partners and all members of staff, who have worked so hard on this.”

“Football is one of our chief assets”

Ian Bancroft, Chief Executive, said: “Football is one of our chief assets as a town, and it will play a strong role in the vision we have for Wrexham, and how we want to it to develop over the next 10 to 15 years.”

“Proposals such as these help to define the ethos within that vision, and we’re very pleased to see this proposal discussed by the Welsh Assembly.”

Cllr Hugh Jones, Lead Member for Communities, Partnerships, Public Protection and Community Safety, said: has a very proud, longstanding link with FAW and that legacy would continue with the Welsh Football Museum coming to Wrexham.

“Officers and representatives from Wrexham Council have been in discussions with Welsh Government and their consultants for quite some time, and I would urge the Welsh Government to agree with the finding of the consultants and bring the history of Welsh national footballing home.”

Steve Grenter, Heritage & Archives Lead at Wrexham Council, said: “Welsh football has gained no small amount of prominence recently thanks to the performance of the international team, so this has the potential to be not just a national attraction, but an international one.

“It has always been the aim of the Museum to have some continued form of historical display on Welsh football, due to the strong role it has played in the history of Wrexham, and we would continue to display both in the best possible setting. 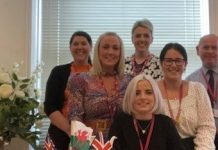