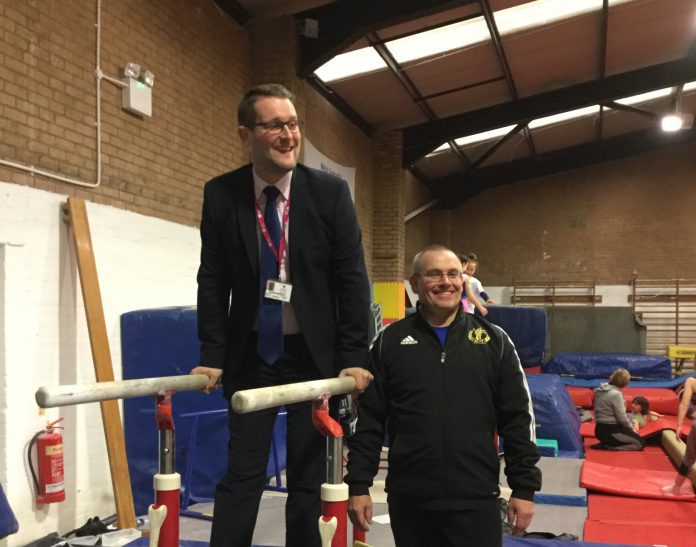 As seen by the recent successes by Welsh athletes – including the performance of the Welsh women’s hockey team – Wales has got a team of the highest order at the 2018 Commonwealth Games on Australia’s Gold Coast.

But it’s not just Welsh athletes who are achieving international success at this year’s games.

Thanks to two sportspeople from Wrexham, Wales will also be well-represented in the judging corps as well.

Paul Edwards, Head Coach and Director of Olympus Gymnastics Club, Llay, is one of two Welsh judges to attend this year’s Commonwealth Games.

He will judge the Men’s Artistic Brevet contest, and serve as Head Judge for the Men’s Floor and Vault.

Jan Davies, also from Wrexham, will judge the Brevet contest alongside Paul.

“Honour and privilege to represent Wales”

Paul said: “It is an honour and a privilege to represent Wales at the CWG 2018 Gold Coast, especially after being nominated by Welsh Gymnastics and British Gymnastics, and my position as Head Judge on Men’s Floor and Vault endorsed by the Federation of International Gymnastics.

“I hope that many of the younger judges see me at the CWG 2018, and that I can inspire them to be in my position in future years.”

“Fortunate to have such highly-qualified coaches in our area”

Cllr Andrew Atkinson, Lead Member for Youth Services and Anti-Poverty, with responsibility for Leisure, said: “”I met Paul and the team at the recent Wrexham Sports Awards and was really keen to take up their invitation to pay the club a visit in Llay.

“Their enthusiasm for the sport and for helping young people achieve their goals locally is just fantastic. We’re really fortunate to have such highly qualified coaches in our area.

“I wish Paul and Jan all the best in Australia – it’s incredible that the two judges for Wales for Men’s Artistic Brevet are both from Wrexham.”