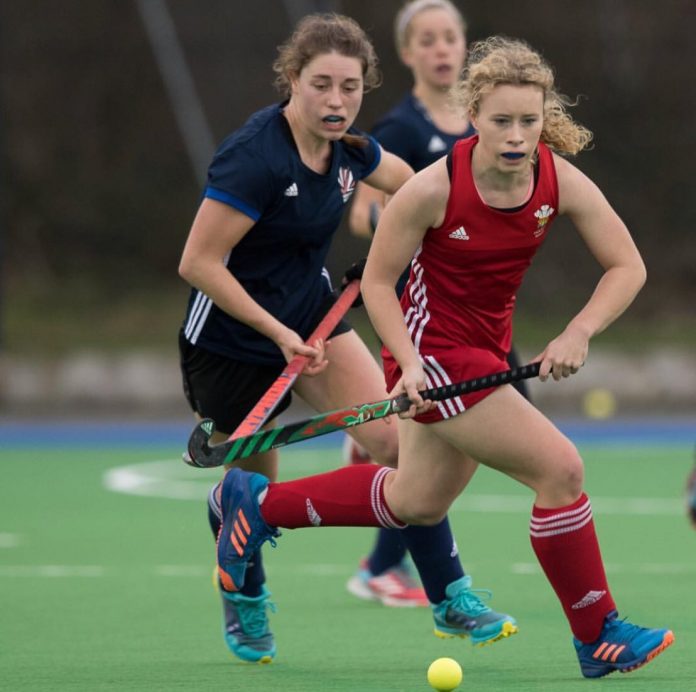 Over the years Wrexham has been responsible for producing some of the best Welsh talent ever seen in sport, and in 2018 it’s been no different.

This week sees the beginning of the 21st annual Commonwealth Games get underway on the beautiful Gold Coast of Australia, where two competitors from Wrexham will be representing Wales on the world stage.

The seasoned Xenna Hughes and newcomer Izzie Howell have already made an impact against India in the opening match with a shock 3-2 victory.

Young Izzie Howell is just 18-years old and has made her Welsh debut at the games this week. Wrexham born and bred, Howell could have a big future in hockey having spent the last three years in Neston.

“From about 12 years old I was part of Wrexham hockey club who supported me all through my junior training and into Ladies training and playing” said Howell.

“As a junior I remember going to loads of mini tournaments and competitions and such competitive opportunities were also offered by the North Wales Team which I was a part of for a number of years.

“Playing for various age groups and regional teams kept me really busy but gave me the experience I needed to progress and I’m grateful for all that was offered to me”.

The life of a sporting star can be on the face of it quite glamorous but these Hockey stars know that they’ve had to work hard, putting the game first and sacrifice so much in order to reach the Gold Coast.

With training in South Wales and long journey’s faced each week just to get out on the pitch, these woman are some of the most dedicated athletes in the country.

“I’m really proud to represent Wrexham as there are a lot of people around there who supported me and continue to support me, so I’d really like to do them proud and show that whilst travelling to Cardiff to train can be tough, it is extremely rewarding when that commitment and hard work pays off.

“My aspirations for this games I feel are quite realistic in that I just want to play good hockey and learn as much as I can tactically and gain as much international experience as possible.

“My focus is to not get overwhelmed and just play the hockey I know I can play, contributing to the team in a positive way”.

Howell’s debut came against India and she could go on to face Malaysia, South Africa or border rivals England in the preliminary stage, but no matter the result, it will be a fantastic achievement for a young woman from Wrexham.

“I have to remind myself to take in and enjoy every moment”.

25-year old Xenna made her debut seven years ago for her country and will be competing at her second games, but insists that this is the highlight.

“The Gold Coast commonwealth Games is possibly ranked as the top of my career, even though it is my second games I remember hearing at Glasgow 2014 that the next games was in Australia and set a goal that I would be there with the Welsh team” said Hughes.

“Knowing that I have had a goal that I have been working towards for four years makes all the hard work and hours of training even more worth it”.

Having competed in Glasgow where Wales finished 9th with a win over Trinidad & Tobago, Hughes will be looking to better that but remain focused on the task at hand.

“My aspirations for this games is to focus on the here and now by ensuring I perform to the best of my ability and stick to the game plan.

“Within the whole experience I have to remind myself to take in and enjoy every moment of being here as it’s an incredible opportunity for us to show other countries what we can do, and understand how far we have come as a team.

Wales as mentioned have come a long way but so has Xenna herself. Coming from a sporting background she’s the daughter of Wrexham-born footballing legend Mark Hughes, but she’s shaken that tag and proved to be a hockey heavyweight and inspiration to young woman in Wrexham.

“In the early years of my hockey career I was invited to train once a week at Wrexham with others, both boys and girls – [they were] international players and [I] was amazed by the Wrexham pitch, as I was so use to sand based pitches – I used to love training as it meant I could then stay over at my grandparents house which was just a short drive away”.

Everyone at Wrexham County Borough Council wishes Izzie and Xenna all the best of luck at this years games.