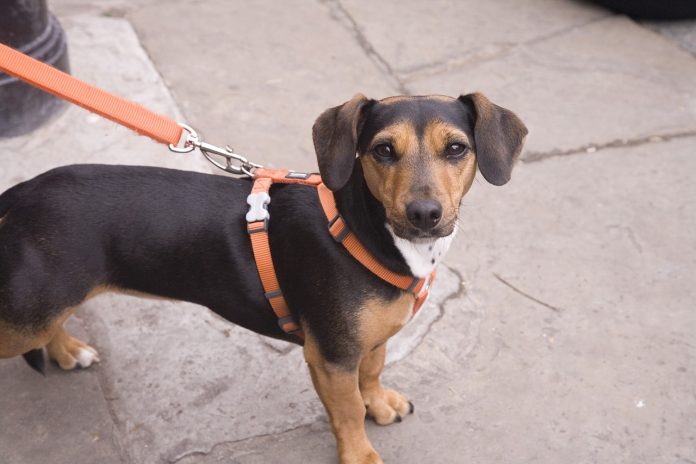 If you’re a dog owner – and we know there’s lots of you out there – you should be aware of the restrictions that are in place across Wrexham when you’re out with your dog.

They’re there to protect you and your dog and members of the public who aren’t dog owners.

If you take your dog to one of our country parks they dog can run around free and have a great time but they should be on the lead when they’re in the car parks and Visitor Centres. This makes sense and protects you and your dog from harm.

If you dog is running free though in our parks and causing distress or nuisance to others though you must put it back on the lead when asked to do so by an authorised officer who can be an Enforcement Officer or Park Ranger.

If you’re with your dog on the public footpaths and highways your dog should be on a lead at all times.

We wouldn’t want you to get fined for not picking up your dog’s poo so please make sure you take a bag with you whenever you’re out with your dog so you don’t get caught out.  It is an offence not to pick it up and some irresponsible dog owners have been caught and fined for it.

The restrictions are part of the Public Spaces Protection Order  which came into force earlier this year following public consultation which showed strong support for control of dogs in certain areas of our parks and visitor centres.  They apply all over the county borough and are clearly signposted in our parks and public areas.

“more owners now picking up after their dogs”

Cllr David A Bithell, Lead Member for the Environment and Transport, said:

“The new measures have been in force since March and have been largely well received by dog owners and non-dog owners.  We’ve kept them simple so there shouldn’t be any confusion about where dogs can and can’t go and I think they allow for dogs to be exercised properly and responsibly.  Picking up after a dog has fouled is and always has been our main area of concern and I am pleased to say that since we started fining more for this particular offence officers are reporting more owners are now picking up after their dogs.”

If you don’t stick to the measures in place you could be fined so please make sure you’re familiar with them when you’re out and about with your four legged friend.