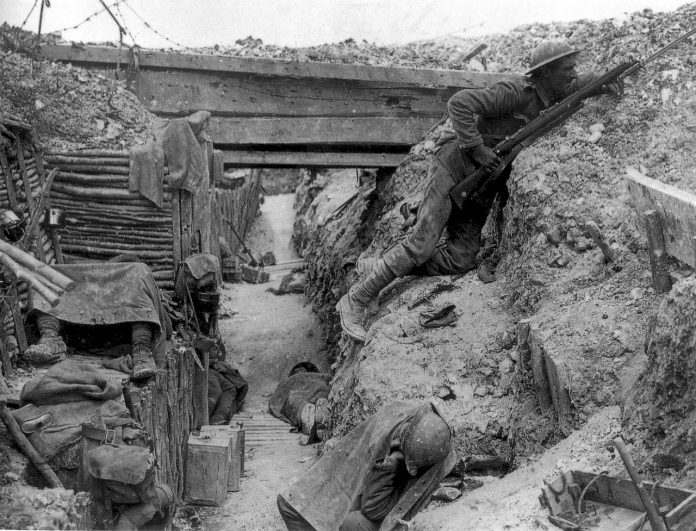 As we approach the 100 year anniversary of the end of the first world war we have lots of events lined up both to commemorate this historic occasion and also to give you an idea of what life would have been like on the Western Front.

One of these takes a look at how the soldiers on the front line had to live. It was not long after the first shots of war rang out in Europe that soldiers on both sides had to resort to building trenches to protect themselves from enemy artillery.

The trenches became quite complicated with bunkers for storage and support trenches in case the main trenches were taken by the enemy. There were also communication trenches to allow movement between trenches and moving the wounded.

Have you ever wondered what life was like in these trenches?

If so there’s an opportunity on November 10 to find out what the soldiers had to contend with when a mobile trench comes to Queens Square. It provides a fascinating insight into life on the Western Front and will give us all something to relate to when we officially “remember” the following day at 11am – the exact time the Armistice was signed.

Alongside the trench you can also take a look at an (almost) original Bristol Scout Static biplane. It’s made up a big part of original parts and is the only flying example left in the world!

The displays are free and will be open between 10am and 4pm.