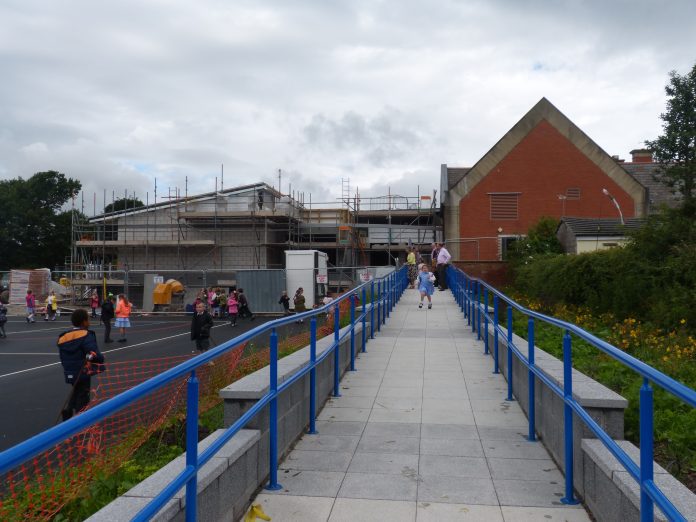 Work in Penycae to bring two schools together under one roof is racing ahead with completion due in the autumn.

Four new classrooms are being built and refurbishment works to the old building is taking place to bring the former infants and junior schools together for the first time.

The £2 million works are being undertaken by Reed Construction and are currently on budget and on target for completion this Autumn.

The two schools were amalgamated in 2008 and now have one headteacher and one governing body.

Chair of Governors, Cllr Joan Lowe, said: “It’s a very exciting time for the school community in Penycae and the children are already making use of a new outside play area with the new classrooms being built on the old play area.

“Everyone is working hard and it’s business as usual at the school as the works take place.

“Over the summer holidays we should see even greater progress and everyone is looking forward to being together for the first time.

“I would like to thank everyone involved in making this happen in Penycae.”

The works have been funded using 21st Century School funding from the Welsh Government, which was match funded by Wrexham Council.

Meet the headteacher of our new Welsh medium school…