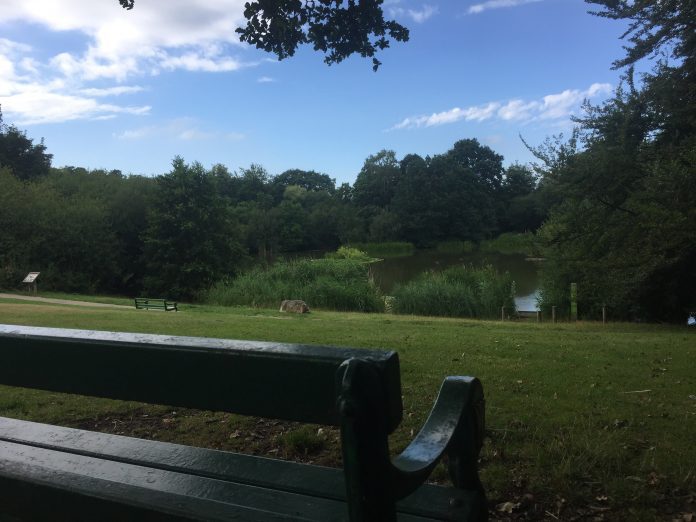 Continuing our theme on interesting things about places in Wrexham County Borough, next up on our list is Acton 🙂

Acton is a place with a large amount of history – some of which you probably already know – but we’re going to try to include some obscure things you mightn’t have heard too.

We know, we know…we just said ‘obscure’ and walking in Acton Park is hardly that. But it’s simply too good not to include – I mean, where do we start?

Shall we start with the wonderful lake that’s the centre feature to the park, and massively popular with keen anglers?

Or what about the beautiful trees and large network of paths that you can explore?

Oh! What about the huge variety of wildflowers and the lovely Japanese garden?

And that’s not even mentioning the incredible history that comes with Acton Park, including the Cunliffe family and the notorious Hanging Judge Jeffreys…

And if you need further proof, take a look at the short video we made.

Did you know that back in 1878 – March 30, to be precise – Acton played host to the first-ever football Welsh FA Cup final?

The match saw Wrexham take on Ruabon Druids and Wrexham prevailed 1-0 courtesy of a James Davies goal in the final minute of the match…how dramatic!

19 clubs entered the inaugural completion, but only 17 actually fielded a team.

Another thing to add to the list of footballing firsts that Wrexham can claim!

Wrexham has had its fair share of infamous characters, but perhaps no-one can claim such infamy as Hanging Judge Jeffreys!

George Jeffreys lived in Acton Hall in the 17th century. He led an eventful life and made many enemies along the way…

He famously liked a drink or two, and in 1680 he became the Chief Justice of Chester. This was despite him being labelled “the worst judge that ever disgraced the bench.”

Jeffreys then ensured his name would go down in history through the Bloody Assizes of 1685. In this, nearly 300 people were executed and many more were shipped off as slaves to the West Indies.

Eventually, his behaviour wasn’t tolerated, and in 1688 a coup was staged against him.

As he tried to flee, he was caught unsurprisingly in a pub with his pockets stuffed full with 35,000 guineas and a load of silverware. He later died in the Tower of London in 1689.

For a bit more info about Judge Jeffreys and the history of Acton Park, take a look at this blog.

Acton is home to a great community resource centre. It’s a very welcoming place and they have something for all ages.

Music, sports, fitness, education, recreation, leisure, the arts, and training are just some of the things that take place in the facility.

So if you have some free time and are thinking about building on your skills and giving back to the community, you’re invited to come along and get involved.

A couple of months ago, we visited the centre to chat to Purple Orchids (an over 50’s group) as they celebrated their first birthday. Take a look at our video from the day 🙂

Acton Dog is one of the figures most associated with Wrexham 🙂

The Cunliffe family, who resided at Acton Hall simply loved greyhounds…so much so, that the greyhound was actually chosen as the family crest in 1759.

In 1820, Sir Foster had a new gateway built at Acton Hall, on top of which were four carved, wooden dogs.

The gateway became known as ‘The Four Dogs’ and it was a much-loved landmark for the people of Wrexham.

The dogs became symbols of Wrexham, and one of the original dogs (fondly referred to as The Acton Dog) is on display at Wrexham Museum 🙂

The gateway was repaired in 1982, and as the original dogs were in a poor state, copies were made to replace them.

If you enjoyed this blog, stay tuned as we’ll be featuring other places around Wrexham County Borough in the coming weeks.